Last Friday, February 19, the staff and students of Chester College International School were lucky enough to enjoy a private concert given by Abraham Cupeiro Lopéz. Originally from Lugo, Abraham graduated from the Real Conservatorio Superior de Madrid as trumpet player and went on to complete a master’s degree in Interpretation of Early Music.

He has always had a fascination for ancient instruments, and has built a large collection of over 200 ancient instruments from all over the world, some of which are extremely rare. A  skillful instrument builder himself, he enjoys bringing back instruments that were lost long ago, and giving them new life in modern ensembles.

In 2016, he collaborated with the Real Filarmonía de Galicia Orchestra to give birth to a project called Os sons esquecidos (Forgotten sounds). In the concert today, we were treated to excerpts from his most recent project, Pangea, which aims to offer the listener a journey through the music of every continent.

Starting in Australia with one of the oldest instruments of all, a sea shell, we then travelled to ancient China with two beautiful flutes, before hearing music from the oldest tribe in the Americas. Later we visited the mountains in the Caribbean before being transported to the Sahara desert. We then crossed over to Europe, learning that in Bulgaria they play a type of bagpipe very similar to the Galician pipes, and crossed over briefly to Ireland before finally finishing our journey in Galicia.

The students were spellbound, and had so many questions about how the instruments worked and what emotions he experienced whilst playing them. He was truly an inspiration! On “The Secrets of Overseas Admissions”: talk by Dr. Monica Rude

A Chronicle of 10 weeks of distance education

Now, what do you need?

From Early Learning to High School, we work so that our students acquire a solid academic and human training in a framework of immersion in English and personalized attention.

Accommodation during the school year for male and female students.

Linguistic immersion in the month of July.

If you have any questions about our center, please contact us.

We would love to hear from you and help you with whatever you need.

We use cookies to give you the best experience on our website. You can learn more about what cookies we use or disable them in the settings. 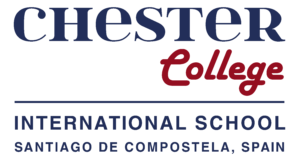 This website uses cookies so that we can provide you with the best possible user experience. Cookie information is stored in your browser and performs functions such as recognizing you when you return to our site or helping our team understand which sections of the site you find most interesting and useful.

This website uses Google Analytics and Facebook Pixel to collect anonymous information such as the number of visitors to the site, or the most popular pages. Leaving this cookie active allows us to improve our website.